The company Sellier & Bellot has for a long time occupied a key position in the Czech ammunition production and ranks among the oldest engineering companies in Czech Republic, being one of the oldest globally. Products have continuously been produced under its trade mark since 1825.

Sellier & Bellot produces a wide range of pistol, rifle, and shotgun ammunition for hunting and sports. The pistol and revolver ammunition is produced in calibers from 6,35 Browning to .45ACP. They can be loaded with a non-toxic primer NONTOX. It is a non-toxic, non-corrosive, and non-erosive primer composition from which heavy metals have been removed. The company has obtained the patent protection of this solution not only in the Czech Republic but also in Europe and the USA. A wide range of rifle ammunition is supplied in calibers from 22 Hornet to 9,3 ◊ 74R with a possibility of loading of 10 types of bullets for hunting as well as target shooting. The shotgun ammunition is produced in calibers 12, 16, 20, 28, and 410. The company offers almost 100 various options. 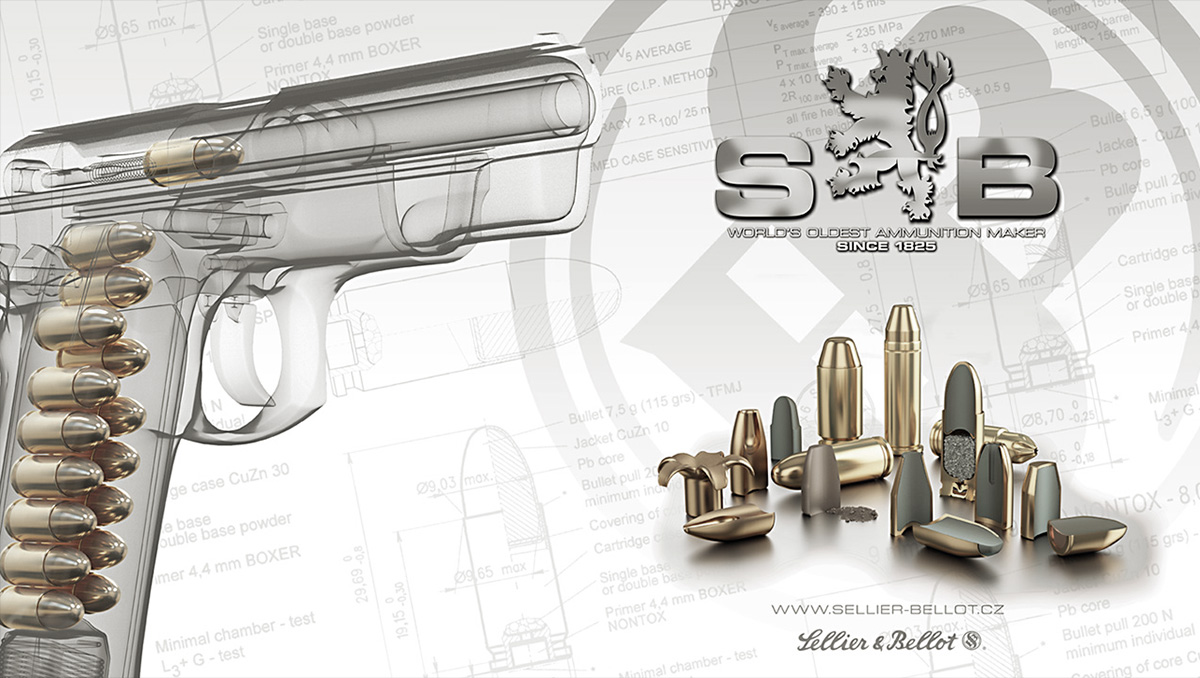